-No User ReviewsWrite a review
CompareShortlistShortlistedRemoved from shortlist 0 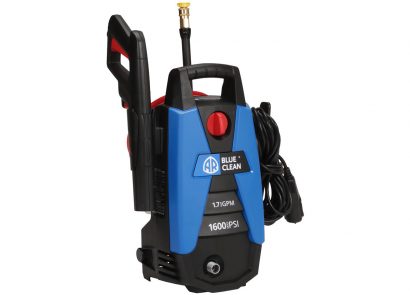 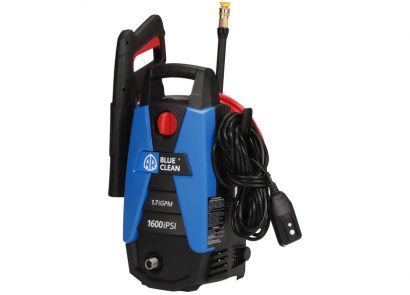 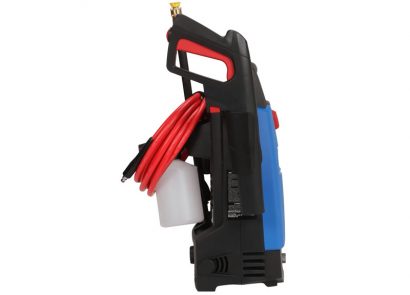 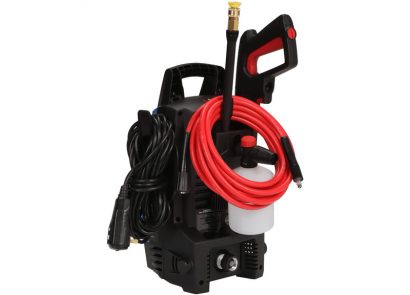 In a nutshell, the AR Blue Clean BC111HS is a light duty pressure washer that allows:

Ahead are presented its power characteristics and design, its main features and any other additional features. 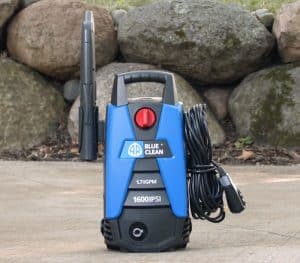 Its axial (wobble plate) pump, which utilizes a 12.5 amp universal motor, may deliver a pressure of up to 1600 PSI (almost 27 times more than a standard garden hose) and a flow of up to 1.7 GPM. These values correspond to a cleaning power of 2720 Cleaning Units.

The BC111HS is an electric pressure washer and thus, can be easily started by an ON/OFF switch. The unit is ready-to-use with peace of mind, thanks to the included 35 ft GFCI cord.

With its portable design and approximate dimensions of D13 x W12 x H24 in, the AR Blue Clean BC111HS makes mobility one of its core strengths. The handle adds to the BC111HS convenience of transport.

Because the device weighs just 14.6 lbs, carrying it around is very easy. Its plastic frame certainly plays a key role in this light weight. Because the BC111HS is so lightweight, it doesn’t utilize wheels. 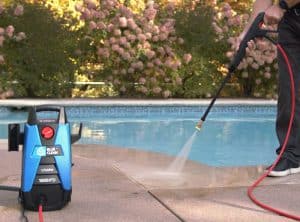 Along with the AR Blue Clean BC111HS itself, the package also includes a spray gun, a wand, a pressure hose, a nozzle tip and a detergent addition feature, which are discussed in further detail below.

Note: The shape of the nozzles above is for illustration purposes only and may differ.
Red cross: Not recommended. Green check: Suitable. Orange check: Use with caution.

The AR Blue Clean BC111HS's performance versus other pressure washers

The following charts are provided to give you an idea of how the key specs of the AR Blue Clean BC111HS compare to similarly priced pressure washers.

As you can see from this interactive chart, when compared to other electric washers between 2500 and 3000 Cleaning Units, the AR Blue Clean BC111HS is on the cheap side of the price range.

It can therefore be a really good buy if you're looking to acquire a budget pressure washer.

Do you own the AR Blue Clean BC111HS and agree (or disagree) with these strengths and weaknesses?

Let us know and write your own review.

Unlike many websites, we did our best to research each of the specs above. That being said, we are not immune to making the occasional mistake or omission. Should you notice any missing or incorrect values, don't hesitate to suggest improvements so we can address the issue.

Founded in Modena, Italy, in 1958, Annovi Reverberi (AR) has been a leader in the design and production of high-pressure water pumps and related equipment. Exports abroad began in 1962, and in 1981 AR started marketing to the US. With production and distribution spanning five continents, including a US headquarters in Minnesota, AR's Blue Clean division continues to provide quality products including pressure washers, vacuum cleaners, window washers, and ash cleaners. Combining Italian workmanship with technological innovation, their motto, "The Power of Experience", has been a driving force for the company for over 60 years.

The AR Blue Clean BC111HS is covered under a warranty for up to 2 years. This warranty may be limited and may not cover all parts of the unit.
For more information about the warranty of AR Blue Clean pressure washers, please consult Annovi Reverberi's warranty policies (opens in a new tab). Alternatively, you can also contact their Customer Support: 1-866-235-5112.

In:
We would love to know your opinion